We present the design and evaluation of FI3D, a direct-touch data exploration technique for 3D visualization spaces. The exploration of three-dimensional data is core to many tasks and domains involving scientific visualizations. Thus, effective data navigation techniques are essential to enable comprehension, understanding, and analysis of the information space. While evidence exists that touch can provide higher-bandwidth input, somesthetic information that is valuable when interacting with virtual worlds, and awareness when working in collaboration, scientific data exploration in 3D poses unique challenges to the development of effective data manipulations. We present a technique that provides touch interaction with 3D scientific data spaces in 7 DOF. This interaction does not require the presence of dedicated objects to constrain the mapping, a design decision important for many scientific datasets such as particle simulations in astronomy or physics. We report on an evaluation that compares the technique to conventional mouse-based interaction. Our results show that touch interaction is competitive in interaction speed for translation and integrated interaction, is easy to learn and use, and is preferred for exploration and wayfinding tasks. To further explore the applicability of our basic technique for other types of scientific visualizations we present a second case study, adjusting the interaction to the illustrative visualization of fiber tracts of the brain and the manipulation of cutting planes in this context. 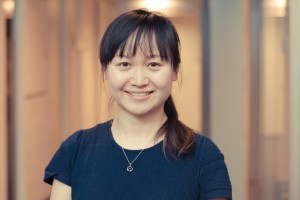